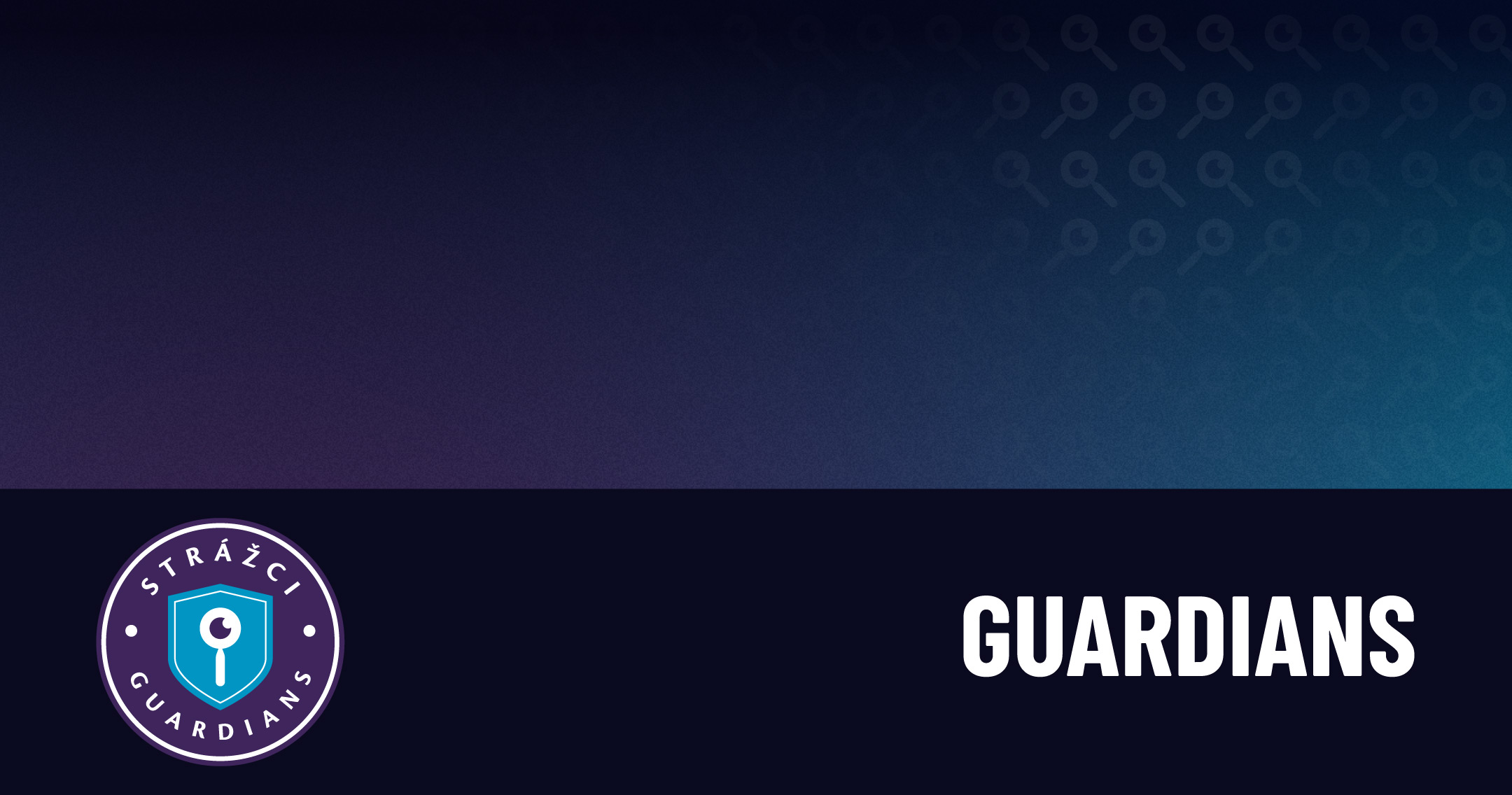 With Russian invasion in Ukraine continuously developing, it is necessary to pay attention to narratives that Russia spreads with the use of advanced techniques in order to create instability among its opponents. The head of Czech Security Information Service (Bezpečnostní informační služba – BIS) Michal Koudelka claims that the spread of disinformation “poses one of the biggest security risks for Czech Republic,” as it “targets the feelings, worries and fears of certain groups of society.”

The following report lists a selection of current pro-Kremlin narratives being spread on websites, social media and in chain emails.

One topic used in Russian disinformation narratives directed against Ukrainians is stoking fear of an epidemic of tuberculosis, which is more common in Russia and Ukraine than in other European countries. Already in spring of this year, Russian media reported on “a biological experiment” which had reportedly been uncovered during the “special operation.” This experiment reportedly consisted of purposeful release of bank notes infected with TB bacteria into circulation. The reports have been proven false by the Stop Fake initiative.

In the same time period, reports warning against Ukrainian refugees spreading tuberculosis emerged on the Czech disinformation scene. According to the fact-checking website Manipulátoři, there was a hoax spreading via chain emails at the beginning of May 2022 about Ukrainians infected with TB housed in a Prague primary school where they could infect children.

It still remains a relevant topic today. On 21st October 2022, the Czech police released information about an infectious patient of foreign citizenship leaving a hospital in Vysočina. Police put out a search for this man. According to the latest news, this man returned to Ukraine, the report about him leaving the hospital could however potentially serve to stoke hatred towards Ukraine and its people in the Czech disinformation community. In this context, it is important to emphasise that in the Czech Republic the treatment of tuberculosis is very advanced and it is therefore unnecessary to overestimate the risk involved in the introduction of the disease.

Furthermore, there is a hoax spread via chain emails and disinformation groups that has sprung up already in the middle of September of this year claiming that a Ukrainian citizen allegedly assaulted a woman.

The woman published photographs with her injured face and accused an allegedly Ukrainian playground manager of assault. According to a statement that the Czech police provided to the website Manipulátoři, a mere “scuffle” between two women who refused to leave the playground after closing hours and the manager who was not even a foreigner took place.

Russia is fighting with Ukrainians, not with NATO or the West

After an explosion hit the Kerch bridge, which for Russia is an important piece of infrastructure, many Russian “explanations” emerged trying to make excuses and spin the narrative in favour of Russian interests, denying the fact that the blast was actually a major failure of the Russian army. Today, we can say with certainty that none of the explanations were truthful.

The claims included one very popular narrative which is being used to explain away most of Russian military failures in Ukraine. This narrative consists of the claim that NATO and the West lead a so called proxy war against Russia in Ukraine. The goal of this narrative is to diminish Ukrainian military achievements on the battlefield, since those supposedly come about due to the use of advanced Western military equipment against which Russia has no means of defending itself.

Lately the war turned into a fight for infrastructure and important logistical targets including the aforementioned Kerch bridge but also the Nord Stream 1 and 2 pipelines. However, neither the NATO member states nor the West are involved in the war in any way. Under the pretence of achieving peace, Russia is pressuring Ukraine to “negotiate.” Such negotiation would in the end lead to the surrender of some Ukrainian territory to the Russian Federation. The West on the other hand calls for true peace talks and sets one condition for a start that would ensure real peace in the region – Russia should leave Ukrainian territory and stop the unprovoked aggression in Ukraine. Similar Russian claims about a proxy war are a disinformation and are periodically released into the information environment for example by the disinformation website Sputniknews.

In the context of the energy crisis in the past months, there has been a number of false posts on social media regarding the price of gas and electricity for Ukrainians. The posts periodically aim to stoke hatred of and mistrust towards Ukrainian citizens who flee the war and are currently staying in the Czech Republic. One post by the anonymous user “Honza Xyzxyz” claims that the Czech electricity producer ČEZ offered lower energy prices to Ukrainians through a special tariff.

This post damages not only the reputation of Ukrainians portraying them as a privileged group of people, but it also blames Peter Fiala’s government for creating the special tariff and thereby, according to the user, “discriminating against its own citizens.” Just as other posts discriminating against Ukrainians in the Czech Republic, this one too is false. In reality, ČEZ does not offer electricity to Ukrainian citizens at a better price than to Czechs. ČEZ confirmed this information to the independent fact-checking agency AFP Czech Republic adding that the tariffs offered are created without any regard to the nationality of the clients.

As the independent legal expert Josef Kotásek confirmed, should the aforementioned policy really take place, it would most certainly constitute discrimination. “Offering lower energy prices based on the nationality of the customer would very probably constitute a discrimination of the customer according to § 6 of the Consumer Protection Law,” stated Kotásek in an e-mail to AFP Czech Republic on 14th October 2022. “It is impossible to advantage one group of consumers above another.” Currently, no price list of ČEZ offers a special price for Ukrainians or consumers of other nationality.

According to available information the photograph of false price list has been taken from the disinformation server d-fens that regularly spreads disinformation. A similar information has also been refuted on Twitter by the official account of the electricity producer @SkupinaČEZ. Even though such claims are not based on truth, they are being shared hundreds of times on social media and thereby regularly damage the reputation of Ukrainian refugees.

The Ukrainian President Volodymyr Zelenskyy is regularly targeted by disinformation narratives. At the beginning of October, pro-Kremlin disinformation channels used a misinterpretation of an interview Zelenskyy gave to the organisation Lowy Institute seated in Sydney. Through an interpreter Zelenskyy expressed the idea that to deter Russia from the use of nuclear weapons, NATO and the international community have to carry out “preemptive strikes,” before the interpreter corrected themselves and said “preemptive measures.” Disinformation agents have later used this slip of the tongue to spread fear of a nuclear war claiming that the Ukrainian President allegedly asked NATO to carry out a nuclear attack against Russia. That way they divert the attention from the fact that it is actually the Russian leadership who periodically operates with the threat of strategically using its own nuclear weapons to create chaos.

Another hoax spread among pro-Kremlin groups on social media and through chain emails is the alleged selling of Ukrainian land to “American corporations.” According to the disinformation, this is the cause of wheat shortages. This hoax diminishes the consequences of the ongoing Russian war in Ukraine and aims to place the blame on Zelenskyy. However, according to the law, foreigners are not allowed to buy Ukrainian land in the first place.

Beside military power, Russia emphasizes the use of any available non-military means to weaken the enemy. The information war Russia leads alongside its military invasion poses a great risk to Europe and Europe needs to be ready to address this type of attacks and the politicians in EU member states need to react adequately. Supporting disinformation, hoaxes and intentional misinterpretations of information by the Russian side serves to undermine the unity of the enemy which to Russia is the West as a whole.

It is crucial to raise awareness about these activities and to devise a clear and consistent strategy to communicate with citizens. In this regard, it is especially important to know the characteristics and weaknesses of the target group and to create a basic narrative that clearly and comprehensively describes even more complicated matters. It is necessary to always address, dismantle and refute disinformation with clear arguments that are accessible to the target audience so that there is no room left for relativisation.

Another pillar for developing resistance against disinformation is a regular strengthening of media literacy among citizens, for example through regular workshops for government and business employees and schools or through discussions with the elderly. Persistently raising awareness about the risks of disinformation leads to the building of greater resistance through which we can gain a greater potential of weaking the actors that use these tactics.

In the case of big corporations such as the aforementioned ČEZ, there is the possibility to publicly distance themselves from false claims, warn consumers that a particular disinformation is being spread and warn them about the risks connected to disinformation. Overlooking such false information allows the disinformation agents to freely and repeatedly share false claims with an ever greater audience.