No-fly zone above Ukraine can no longer be taboo. There is a solution. 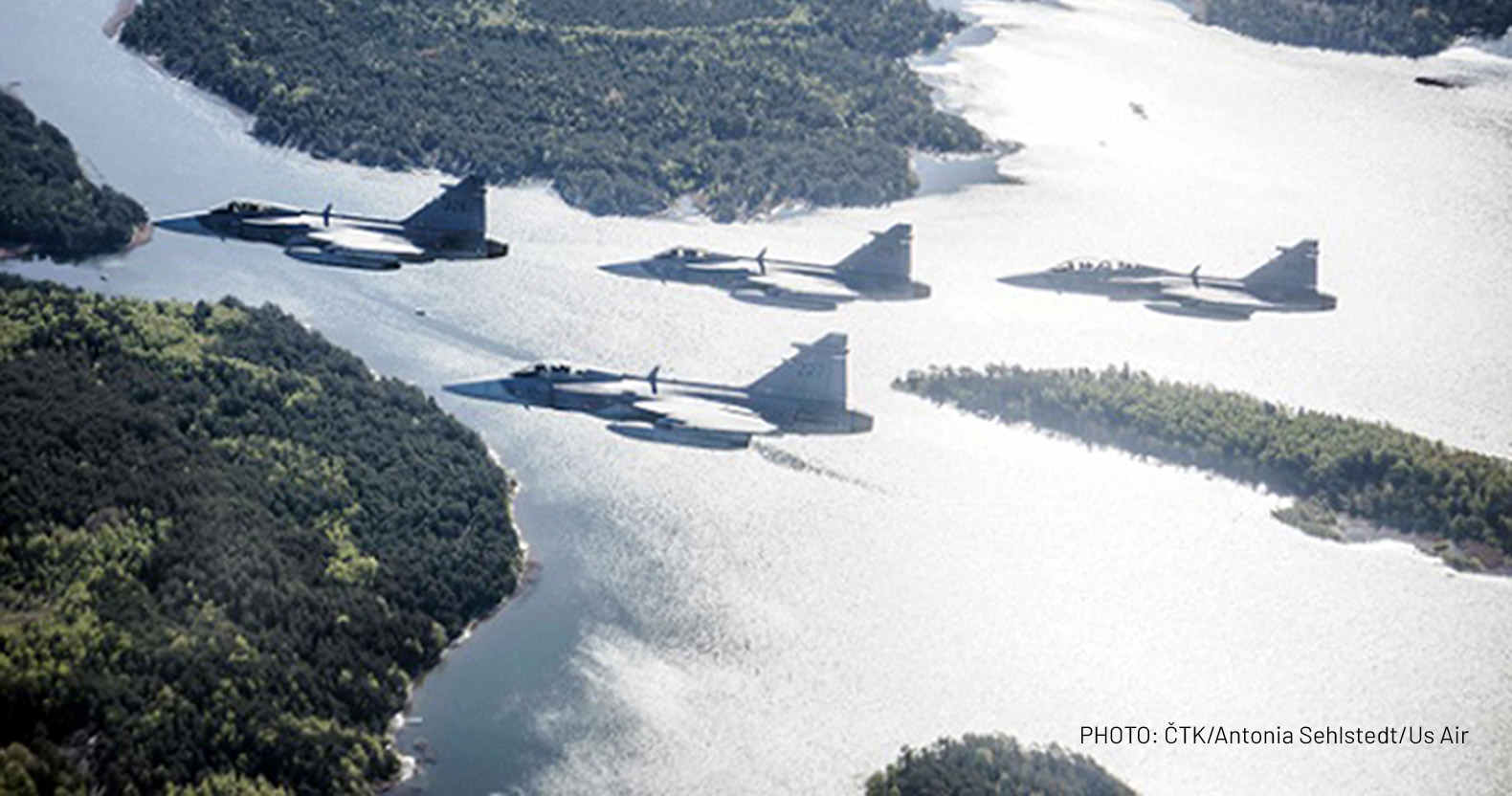 The mistakes of the Russian army are piling up. The attack on the nuclear power plant was one of them. The Kremlin is clearly incapable of turning the tide of the war to achieve its objectives, it should have taken a completely different path, one of de-escalation. Provide humanitarian corridors and concentrate on retaining some gains in negotiations with the Ukrainian leadership, which will want to end the suffering of the population.

By attacking the nuclear power plant, Russia has caused fear and anger. Now, under public pressure, the rest of Western companies will have to leave Russia, and the likelihood of China leaving Putin is increasing. The attack may ultimately be a turning point, but certainly not a positive one for Russia. But it has also shown that neither previous failure on the war front nor sanctions have been able to change Russian behaviour. It is time to throw caution to the wind and step up Western aid to the suffering Ukraine. The no-fly zone can no longer be taboo.

The Russian military continues to have overwhelming superiority in the airspace, although it has not been able to completely destroy the Ukrainian air force and air defence systems. Moreover, we have seen that Russia is not afraid to use air superiority against civilians. Ukrainian officials are now quite understandably calling for the creation of a no-fly zone. Their demand is justified and legitimate.

However, in the current situation, the creation of a no-fly zone is legally difficult and almost impossible from a strategic and tactical-operational point of view. A no-fly zone over the whole of Ukraine would undoubtedly require the deployment of large numbers of aircraft and other equipment, which only the North Atlantic Alliance can make available. Enforcing a no-fly zone would bring clashes with Russian aircraft and would mean war between NATO and Russia. That way, NATO would also deny its character as a defence alliance, since none of its members has been attacked.

However, one can imagine a narrowly defined no-fly zone over humanitarian corridors in the west of the country, places where there is no fighting and where Russian aircraft do not seem to operate. It would require fewer aircraft, and if non-NATO states were also contributing, Russia could not regard this as an escalatory move by the Alliance. It would give much needed reassurance and security to Ukrainians fleeing westwards and to humanitarian convoys heading eastwards.

It would be a largely symbolic step outside the region of combat operations. Geographically, it could be a specific zone along the western border or a corridor several tens of kilometres wide along the main route from Kiev to Ukraine’s western border.

It would delineate a certain area into which the fighting should not extend – if Russia wanted to operate there, it would be faced with the dilemma of whether to actually use force against an equivalent or even more advanced air power and further incur the wrath of the world against itself. An attack on a narrowly defined, purely humanitarian operation would certainly cause just that.

The legal basis for a limited no-fly zone would be an invitation from the receiving state, i.e. Ukraine, which carries the same legal weight as the use of force under a UN Security Council (UNSC) decision, or the right of self-defence. To avoid possible abuse by Russia for escalation, a deconfliction mechanism would be offered to Russia. The states involved in the operation would formally address the UNSC, stating that they have taken immediate action to prevent further suffering based on the UN bodies’ call for humanitarian corridors and refer the situation to the UNSC for further resolution in accordance with the UN Charter. The no-fly zone would be maintained until the UNSC decides on the next course of action (which would not happen due to the impossibility of consensus among the permanent members of the SC).

Implementation of the no-fly zone

The creation of such a narrowly defined zone would not require a large number of aircraft. It is unlikely that Russia would immediately lead a large-scale attack on this force. However, should such a thing occur the air forces of the participating states would undertake the necessary self-defence.

The implementation of a limited no-fly zone would have to involve one of the states in the immediate vicinity of Ukraine, which would provide a base for the take-off and refuelling of aircraft. Aircraft from at least 4 or 5 countries, ideally one or two of which would be non-NATO member states, would participate in the air operations.

However, all of the participating states must have 4th generation fighters, the ability to deploy and sustain aircraft outside their territory, and experience in multinational operations. For example Sweden or Finland might be considered, or possibly Israel (for whom this would be an unprecedented involvement) or the Gulf States.

The involvement of non-aligned countries and only part of the NATO member states is absolutely essential. The North Atlantic Alliance cannot in any way be considered a belligerent in this operation. The allies have already decided that they do not want a NATO war with Russia. The zones would, of course, also apply to the Ukrainian side. They would therefore have to be carefully coordinated so as not to hinder the Ukrainian air force’s operations against the aggressor.

The implementation of such a limited zone is also an opportunity for the Czech Republic. Its government can take on this task and promote it as a diplomatic initiative towards other contributors, especially non-NATO countries. Realistically, the Czech Republic can contribute JAS-39 Gripen aircraft and officers to the command staff of the entire operation.

Martin Svárovský (@martinsvarovsky) is the head of the Security Strategies Programme at the European Values Centre for Security Policy. He worked in the Office of the President of the Republic (under Václav Havel), then in the diplomatic service as Deputy Ambassador in Budapest (2002-2006) and Warsaw (2010-2014), as Deputy Director of the Central Europe Department and later of the Analytical and Planning Department of the Ministry of Foreign Affairs of the Czech Republic. He is the author of the concept of the Czech-Polish Forum, an advisor to the Vice-Chairman of the Chamber of Deputies of the Czech Republic and to the Chairman of its Committee on European Affairs from KDU-ČSL.

The co-author of the text, Karel Ulík, serves as a defence advisor to the Permanent Delegation of the Czech Republic to NATO, and has been part of missions in Kosovo, Afghanistan, Iraq and Mali. He has also worked in the International Secretariat of the North Atlantic Treaty Organisation.

This is a translation from Czech original “Bezletová zóna and Ukrajinou už nemůže být tabu. Řešení existuje” published on 4th March 2022 at FORUM 24.